breadwallet is a strange beast. At first I misunderstood it, but over time it has turned into my main go-to wallet. 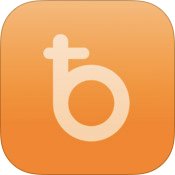 I have professionally worked in usability for years, and I’m now a photographer. I have worked with users on all levels, from the complete newbie to the seasoned professional. From noob to geek. And over the years I have learned to draw a clear line between my personal taste and the things that might benefit an end user.
Two main functions
First of all, I don’t think any other wallet has a UI as simple as breadwallet. You have two tabs (or rather two views that you slide left and right), one to send money, one to receive. That’s pretty much it. On the top, breadwallet always shows you the wallet’s balance in bits (more on that later) and your local currency.
User interaction based on use cases
On the send screen you have two buttons, “scan QR code” and “pay address from clipboard”. Those two are exactly the kind of use cases that users will encounter and it’s this use case based approach that I love. In other wallets, you will find a text field where you enter the recipient’s address. But nobody EVER manually enters those, It’s ALWAYS copy/paste, so making that as easy as a single tap is worth lots to me. This is almost on the level of “pull down to refresh”.
Swipe left and you are on the “receive money” screen where a prominent QR code awaits you. Below that is the corresponding receive address – and again the primary use case is extremely simple to do: copy the address into the clipboard. Where in other wallets you first have to mark the address, then tap copy, here is that is done in breadwallet: tap the address and you get a popup menu with three options: copy, email, sms. Again, simple and elegant.
Third screen
There is a third screen that you access by hitting the menu icon in the left top. Nice touch: the little animation where the parallel menu lines turn into an X to dismiss the page. It gives you a list of previous transactions and if you scroll all the way down, you’ll find links to an about screen, a way show your wallet backup phrase, an action to import a private key, a button to rescan the blockchain, the option to remove the standard fees and a button to start/restore another wallet.
Technically solid
Under the hood, breadwallet seems to be solid. To make things fast, it makes use of the Simplified Payment Verification protocol (SPV), it is implemented as a BIP0032 hierarchical deterministic (HD) wallet and thus generates a new address for every receive transaction while allowing you re-create the entire wallet from a 12 word pass phrase any time in the future. It keeps your private keys on the device and it’s completely open source, so you can review the sources and if you have an Apple developer account, you could even compile it yourself. But as an end user you don’t really have to worry about this technical side. All its complexity is nicely hidden under the hood and it’s simply there to make things more secure.
Wish list
After all these great things about breadwallet, I’ll still have to put on my usability hat, because I think there are a few things that, when changed, could easily boost breadwallet’s user base by several orders of magnitude and make it the go-to wallet for everyone. So without further ado, here’s my wish list:
I hope the developer can see this wish-list as what it is: changes that are focused on the end-user – and I’ve thought about them for a long time, in front of my background as a usability guy and a photographer – two fields that have a surprising amount of things in common.